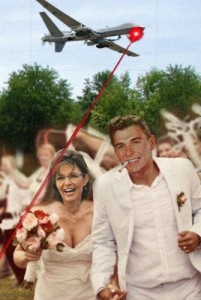 The targeted execution of Anwar al-Awlaki struck different people along the political spectrum in the United States in many different ways, but it has been heartening most all have recognized it as a seminal moment worthy of dissection and contemplation. Despite all the discussion afforded the execution of Awlaki in the last few days, it cannot be emphasized enough how impossible it is to have a completely meaningful discussion on the topic due to the relentless blanket of secrecy imposed by the United States government. Before I get into the substantive policy and legal issues surrounding the targeting and assassination of American citizens, which I will come back to in a separate post, a few words about said secrecy are in order.

The first to note, and complain of, the strange secrecy surrounding not just the kill listing of Awlaki, but the entire drone assassination program, was Marcy right here in Emptywheel. Within a couple of hours of the news of the Awlaki strike, she called for the release of the evidence and information serving as the Administration’s foundation for the extrajudicial execution of an American citizen and within a couple of hours of that, noted the ironic inanity of the pattern and practice of the one hand of the Obama Administration, through such officials as Bob Gates, James Clapper and Panetta trotting out “state secrets” to claim drone actions cannot even be mentioned while the other hand, through mouthpieces such as John Brennan are out blabbing all kinds of details in order to buck up Administration policy.

Now, you would expect us here at Emptywheel to vociferously complain about the rampant secrecy and hypocritical application of it by the Executive Branch, what has been refreshing, however, is how broad the spectrum of commentators voicing the same concerns has been. Glenn Greenwald was, as expected, on the cause from the start, but so too have voices on the other side of the traditional spectrum such as the Brookings Institute’s Benjamin Wittes, to former Gang of Eight member and noted hawk Jane Harman, and current Senate Armed Services Chairman Carl Levin and Daphne Eviatar of Human Rights First.

But if there were any doubt that it was just left leaning voices calling for release of targeting and legal foundation information, or only sources such as Emptywheel or the New York Times pointing out the hypocrisy and duplicity with which the Administration handles their precious “state secret”, then take a gander at what former Bush OLC chief Jack Goldsmith had to say Monday, after a weekend of contemplation of the issues surrounding the take out of Awlaki:

I agree that the administration should release a redacted version of the opinion, or should extract the legal analysis and place it in another document that can be released consistent with restrictions on classified information.

I have no doubt that Obama administration lawyers did a thorough and careful job of analyzing the legal issues surrounding the al-Aulaqi killing. The case for disclosing the analysis is easy. The killing of a U.S. citizen in this context is unusual and in some quarters controversial. A thorough public explanation of the legal basis for the killing (and for targeted killings generally) would allow experts in the press, the academy, and Congress to scrutinize and criticize it, and would, as Harman says, permit a much more informed public debate. Such public scrutiny is especially appropriate since, as Judge Bates’s ruling last year shows, courts are unlikely to review executive action in this context. In a real sense, legal accountability for the practice of targeted killings depends on a thorough public legal explanation by the administration.

Jack has hit the nail precisely on the head here, the courts to date have found no avenue of interjection, and even should they in the future, the matter is almost surely to be one of political nature. And accountability of our politicians depends on the public havin sufficient knowledge and information with which to make at least the basic fundamental decisions on propriety and scope. But Mr. Goldsmith, admirably, did not stop there and continued on to note the very hypocrisy and duplicity Marcy did last Friday:

We know the government can provide a public legal analysis of this sort because presidential counterterrorism advisor John Brennan and State Department Legal Advisor Harold Koh have given such legal explanations in speeches, albeit in limited and conclusory terms. These speeches show that there is no bar in principle to a public disclosure of a more robust legal analysis of targeted killings like al-Aulaqi’s. So too do the administration’s many leaks of legal conclusions (and operational details) about the al-Aulaqi killing.

A full legal analysis, as opposed to conclusory explanations in government speeches and leaks, would permit a robust debate about targeted killings – especially of U.S. citizens – that is troubling to many people. Such an analysis could explain, for example, whether the government believed that al-Aulaqi possessed constitutional rights under the First, Fourth, Fifth or other amendments, and (assuming the government concluded that he possessed some such rights) why the rights were not implicated by the strike. It could also describe the limits of presidential power in this context.

The Obama administration frequently trumpets its commitment to transparency and the rule of law. The President and many of his subordinates were critical of what they deemed to be unnecessarily secretive Bush administration legal opinions, and they disclosed an unprecedented number of them, including many classified ones. Now is the time for the administration to apply to itself a principle that it applied to its predecessor.

Again, exactly right. From Marcy Wheeler, to Gang of Eight members, to Jack Goldsmith, the voice is both clear and consistent: The Obama Administration needs to come clean with as much of the legal and factual underpinnings as humanly possible short of compromising “means and methods” that truly are still secret. That would be, by almost any account, a lot of information and law with which the American public, indeed the world, could not only know and understand, but use to gauge their votes and opinions on. Doing so would make the United States, and its actions, stronger and more sound.

In the second part of this series, which I should have done by tomorrow morning sometime, I will discuss what we know, and what we don’t know, about the legal and factual underpinnings for targeted killing of US citizens, and sort through possible protocols that may be appropriate for placement of a citizen target and subsequent killing.

UPDATE: As MadDog noted in comments, Jack Goldsmith has penned a followup piece at Lawfare expounding on the need for release of the foundational underpinnings of how an American citizen such as Alawki came to be so targeted. Once again, it is spot on:

First, it is wrong, as Ben notes, for the government to maintain technical covertness but then engage in continuous leaks, attributed to government officials, of many (self-serving) details about the covert operations and their legal justifications. It is wrong because it is illegal. It is wrong because it damages (though perhaps not destroys) the diplomatic and related goals of covertness. And it is wrong because the Executive branch seems to be trying to have its cake (not talking about the program openly in order to serve diplomatic interests and perhaps deflect scrutiny) and eat it too (leaking promiscuously to get credit for the operation and to portray it as lawful). I do not know if the leaks are authorized in some sense or not, or where in the executive branch they come from, or what if anything the government might be doing to try to stop them. But of course the president is ultimately responsible for the leaks. One might think – I am not there yet, but I understand why someone might be – that the double standard on discussing covert actions disqualifies the government from invoking technical covertness to avoid scrutiny.

Second, there is no bar grounded in technical covertness, or in concerns about revealing means and methods of intelligence gathering, to revealing (either in a redacted opinion or in a separate document) the legal reasoning supporting a deadly strike on a U.S. citizen. John Brennan and Harold Koh have already talked about the legality of strikes outside Afghanistan in abstract terms, mostly focusing on international law. I don’t think much more detail on the international law basis is necessary; nor do I think that more disclosure on international law would do much to change the minds of critics who believe the strikes violate international law. But there has been practically nothing said officially (as opposed through leaks and gestures and what is revealed in between the lines in briefs) about the executive branch processes that lie behind a strike on a U.S. citizen, or about what constitutional rights the U.S. citizen target possesses, or about the limitations and conditions on the president’s power to target and kill a U.S. citizen. This information would, I think, matter to American audiences that generally support the president on the al-Aulaqi strike but want to be assured that it was done lawfully and with care. The government could easily reveal this more detailed legal basis for a strike on a U.S. citizen without reference to particular operations, or targets, or means of fire, or countries.

Listen, we may not always agree with Jack here, and both Marcy and I have laid into him plenty over the years where appropriate; but credit should be given where and when due. It is here. And, while I am at it, I would like to recommend people read the Lawfare blog. All three principals there, Ben Wittes, Goldsmith and Bobby Chesney write intelligent and thoughtful pieces on national security and law of war issues. No, you will not always agree with them, nor they with you necessarily; that is okay, it is still informative and educational. If nothing else, you always want to know what the smart people on the other side are saying.

[Incredibly awesome graphic by the one and only Darkblack. If you are not familiar with his work, or have not seen it lately, please go peruse the masterpieces at his homebase. Seriously good artwork and incredible music there.]