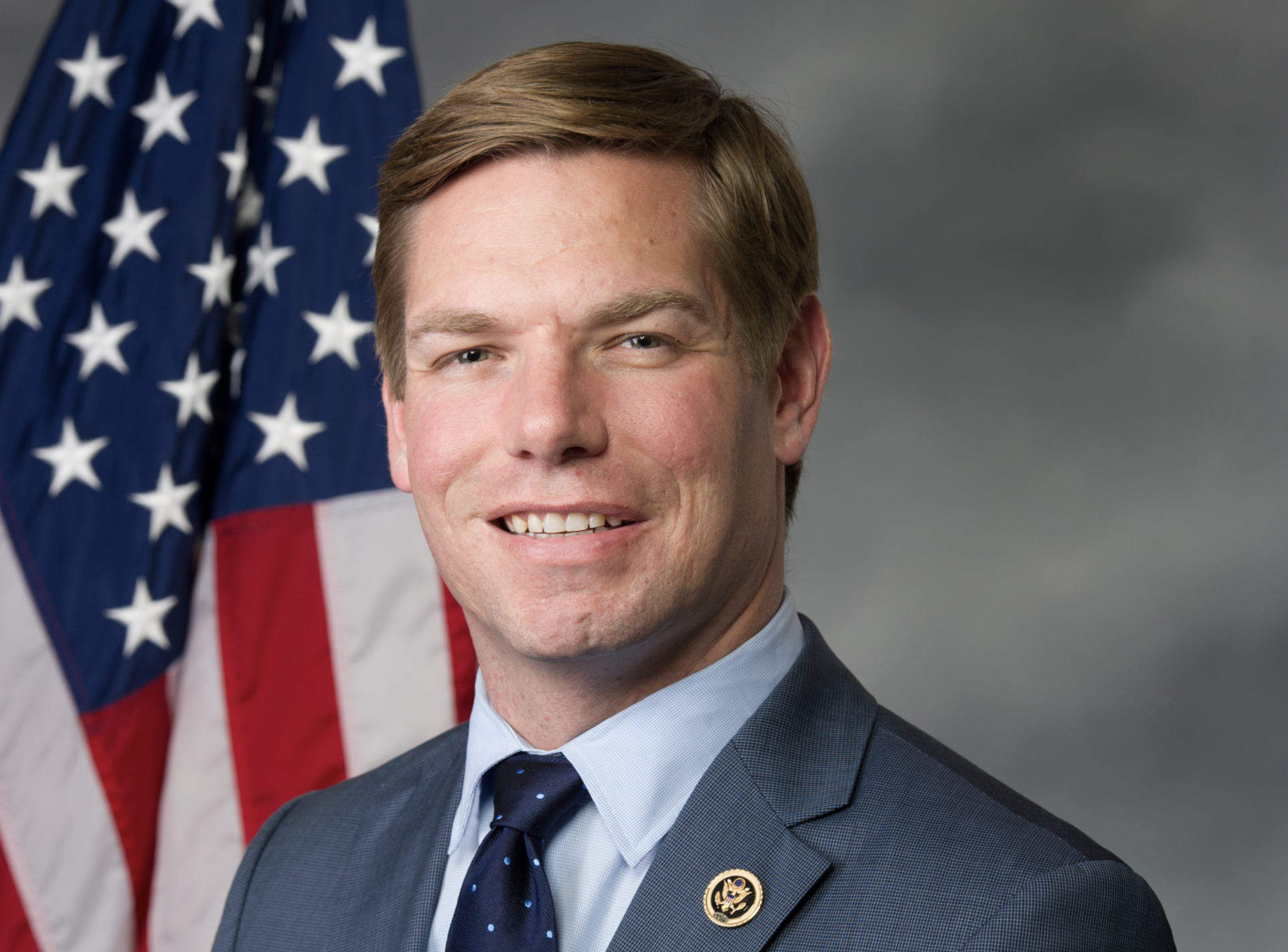 I’d like to tell a story about how six different men responded when law enforcement approached them about possible compromise by foreign spies.

When Carter Page learned that he had been named in an indictment of Russian spies, he called up a Russian minister at the UN to tell him, in the spirit of openness, he was the guy identified as the recruiting target in the indictment. When the FBI interviewed him about his relationships with those foreign spies, Page admitted he had called the Russian minister, but explained that his relationship with the Russian intelligence officer was positive for him. He later explained that sharing non-public information with people he knew to be foreign spies helped both the US and Russia. Page enthusiastically took a trip to Moscow to give two speeches that — witnesses observed — normally featured far more prominent speakers than Page. Page came back from that trip bragging about the “open checkbook” he had been offered to start a pro-Russian think tank. When Page was asked a year later whether he could see why people thought he was being recruited, he disagreed and — according to an FBI 302 — backed off his prior admission to the FBI that he had reached out to the Russian minister.

For three years, the GOP has claimed that Carter Page is a maligned victim of FBI overreach.

When the FBI first interviewed George Papadopoulos about the suspicious job offers Sergei Millian offered him — an offer to pay him so long as he also worked at the White House, asked how he learned in advance that the Russians had dirt on Hillary that they planned to release to help Trump get elected, and told him they thought he was being recruited, he lied. Among other things, Papadopoulos hid his entire relationship with one Russian national, Ivan Timofeev, whom he had interacted with. After the interview, Papadopoulos called Trump’s personal lawyer and told him of the interview. As others did, Papadopoulos crafted a false statement to share with Congress. In subsequent interviews, even after he agreed to cooperate, Papadopoulos hid the existence of a phone he used to interact with Joseph Mifsud. When asked about notes planning a back channel meeting with Putin’s people in London in September that ultimately didn’t happen, Papadopoulos claimed he couldn’t read his notes to explain the plans.

The GOP not only claimed that Papadopoulos was a maligned hero, the Attorney General of the United States assigned a US Attorney, in part, to fly around the world chasing Papadopoulos’ conspiracy theories in an attempt to substantiate his denials that these were Russian assets trying to cultivate Papadopoulos.

Mike Flynn gets a defensive briefing then hides his Turkish clients

Shortly after the FBI sat down with Donald Trump and Mike Flynn to warn them, generally, about how foreign intelligence services would increase their focus on the two and those around them, Mike Flynn went back to his business partner and the go-between with his Turkish clients, and adopted a new name for the project for Turkey — Confidence rather than Truth — and a payment vehicle that would hide the true client, attempting to sever the prior discussions directly with Turkey’s ministers from the half-million dollar deal that resulted.

Trump just pardoned Flynn for his efforts to hide those ties.

Rather than cooperating with the FBI about Flynn’s suspect Russian calls, Trump fires them

When DOJ came to the White House on January 26, 2017 and told White House counsel Don McGahn that Mike Flynn — seemingly without any approval from Donald Trump himself and clearly without notifying the Vice President — had called up the Ambassador from Russia and, in a conversation where the Ambassador was addressing other issues, raised sanctions imposed to punish Russia and asked the Ambassador not to respond in kind, and then lied about that publicly, McGahn assigned lawyer John Eisenberg to figure out whether Flynn could be prosecuted. Chief of Staff Reince Priebus tried to find out what kind of surveillance Flynn had been and was under. Trump first asked the head of the FBI for loyalty, then asked him to let the investigation of Flynn go, and then fired him to end the investigation.

Trump just pardoned Mike Flynn claiming that it was wrong for the FBI to try to figure out why Flynn had secretly undermined sanctions and then lied about it.

When the government entered into a cooperation agreement with Paul Manafort in 2018, in part to learn what Manafort knew about his business partner Konstantin Kilimnik’s ties to Russian intelligence, and particularly to learn why Manafort had swapped campaign polling data and the campaign’s strategy to win swing states with a discussion of carving up Ukraine and payoffs from Ukranian and Russian oligarchs, the President’s defense attorney remained in regular contact with Manafort’s lawyer to learn about the interrogations. After prosecutors told Judge Amy Berman Jackson on November 26 that Manafort had been lying rather than cooperating — in significant part, it would become clear, to protect his Russian spy business partner — Rudy complained on the President’s behalf about “the un-American, horrible treatment of Manafort.” Not long later, Trump would call Manafort “very brave” for (among other things) lying to prosecutors to protect his Russian spy business partner.

According to a recent Axios piece witten without context, when the FBI approach Eric Swalwell and told him a woman volunteering with his campaign was a Chinese spy, he cooperated with the FBI and cut off all contact with her.

A statement from Swalwell’s office provided to Axios said: “Rep. Swalwell, long ago, provided information about this person — whom he met more than eight years ago, and whom he hasn’t seen in nearly six years — to the FBI. To protect information that might be classified, he will not participate in your story.”

What happened: Amid a widening counterintelligence probe, federal investigators became so alarmed by Fang’s behavior and activities that around 2015 they alerted Swalwell to their concerns — giving him what is known as a defensive briefing.

Swalwell immediately cut off all ties to Fang, according to a current U.S. intelligence official, and he has not been accused of any wrongdoing.

For this, GOP Majority Leader Kevin McCarthy and others argue, Swalwell should be kicked off the House Intelligence Committee.

McCarthy, however, is demanding answers from Pelosi and Rep. Adam Schiff, chair of that committee, after Swalwell said they knew about the report.

“This is a national security threat,” McCarthy said. “Now we have Eric Swalwell, who’s been swindled by the Chinese, but what’s even more interesting here is why did he attack the American Director of Intelligence John Ratcliffe’s report talking about the expansion of China spying throughout … just last week. He attacked … Ratcliffe defending China.”

“This man should not be in the intel committee. He’s jeopardizing national security,” he doubled down, adding, “When did Nancy Pelosi know of this and why did she maintain him on the committee? Adam Schiff, who has spent four years as chair worried about the foreign intervention into our country, knowingly keep an individual on the committee, if he knew, as Swalwell says, that he was with a Chinese individual who was a spy, who helped him run for Congress?”

I can only assume that McCarthy thinks that Swalwell cooperated too much with the FBI and should have lied or fired people instead.

Steve Bannon Hires a Pardon Broker (and Rudy Giuliani Lawyer) to Replace His... The Mistaken Presumptions of Virtually All Discussions of a Future Trump Pr...