Last night,stupid Catholic commentators like Chris Matthews, tried to blame Rick Santorum’s loss in MI on his Kennedy comment. Santorum must have lost MI’s significant percentage of Republican Catholics, Matthews figured, because he said he had vomited after listening to a John F. Kennedy speech.

That ignored the fact that the tide had already turned against Santorum a week earlier. Both Catholics and women abandoned him after he started embracing medieval mores. (His speech last night feigned feminism, so it’s clear he knows what happened.)

But I’m more interested in the timing of Olympia Snowe’s decision to retire.

She cited excessive partisanship when she announced her decision yesterday.

I do find it frustrating, however, that an atmosphere of polarization and ‘my way or the highway’ ideologies has become pervasive in campaigns and in our governing institutions.

Unfortunately, I do not realistically expect the partisanship of recent years in the Senate to change over the short term. So at this stage of my tenure in public service, I have concluded that I am not prepared to commit myself to an additional six years in the Senate, which is what a fourth term would entail.

That usually means the other party is being too partisan.

Except this announcement comes just two weeks after Snowe (and Susan Collins) at first broke with their party to announce support for Obama’s compromise on birth control. But both women quickly flip-flopped, basically opposing a policy they had once proposed themselves. Snowe has announced her opposition to the Blunt Amendment–which will come up for a vote on Thursday. We’ll see whether she follows through on that.

We shall see–but one way to show the men in your party that women have the ability to affect events would be to retire at a time that makes it much less likely Republicans will win a majority in the Senate.

How nice to see Republicans destroy their party by insisting that women lose all control over their bodies. 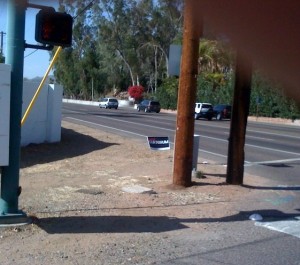 It strikes me as necessary to follow up a bit on the death of the Dawn Johnsen nomination to lead the Office of Legal Counsel at the Department of Justice. Specifically, it needs to be clear the conventional wisdom of the main media, and even a surprising number of normally more clear headed progressive bloggers, that the nomination failed because of opposition from Republican obstruction coupled with opposition by Ben Nelson, is completely and patently false.

The false meme was already in play with the first substantive reporting by Sam Stein at Huffington Post as I noted yesterday. It is being propagated by the Washington Post (Republicans and “moderate lawmakers”), the New York Times (conservatives and two Democrats), even progressive stalwarts like Glenn Greenwald and McJoan at DKos have discussed the effects of the Republicans and Ben Nelson on the torpedoed nomination (although, to be fair, neither ascribes full blame on the GOP and Nelson).

Perhaps the best example of purveying the false wisdom comes from Jake Tapper at ABC. Tapper, in an article supposedly about the Obama White House not having the stomach for a fight on Johnsen, nevertheless proceeds to regurgitate the usual suspects:

Senate Republicans opposed her nomination overwhelmingly, meaning Senate Majority Leader Harry Reid, D-Nev., needed 60 votes to bring her nomination to the floor of the Senate for a vote.

The White House put all the blame on the Republican minority — White House spokesman Ben LaBolt said, “Senate Republicans will not allow her to be confirmed” — but it was a bit more complicated than that.

A Senate Democratic leadership source said that throughout 2009 two Democrats said they would vote against her — Sen. Ben Nelson, D-Neb., and Sen. Arlen Specter, D-Pa. The only Republican of the 40-member GOP caucus who said he would vote for her was her fellow Hoosier, Sen. Dick Lugar, R-Ind.
…..
Specter remained opposed to Johnsen’s nomination even after he switched parties in April 2009, but his primary opponent Rep. Joe Sestak, D-Pa., began to attack Specter for his opposition to her nomination.

Johnsen’s nomination expired at the end of 2009, but in January 2010 Specter said he’d vote for her.

This is a bunch of bunk. I have previously written extensively on why there were at least 60 votes for Johnson’s confirmation for the entire second half of last year after Al Franken was sworn in, and why there still were 60 votes for her confirmation this year upon Obama’s renomination, even after the Scott Brown victory in Massachusetts. If you have any question, please click through and refer to those articles; for now though, I want to revisit the false light being painted on Ben Nelson and Arlen Specter on the nomination’s failure. END_OF_DOCUMENT_TOKEN_TO_BE_REPLACED

The WaPo just doesn’t get it, I guess. Just days after it was revealed that Ceci Connolly was the "Play" in the WaPo’s Pay2Play dinners, she’s out with an article based in significant part on quotes from those invited to the Pay2Play dinner.

There’s Nancy-Ann DeParle, who was invited to the dinner.

Early on, Obama and health czar Nancy-Ann DeParle discussed the parallels with Johnson and creation of the health program that serves 45 million seniors and people with disabilities today. Just as Johnson gave legendary lawmaker Wilbur Mills (D-Ark.) latitude to craft the Medicare bill, Obama has asked Congress to write the health-care revamp legislation.

In private meetings or phone calls with legislators, Obama "has an easy familiarity," said DeParle, who often joins the sessions. "He has a way of getting right to the heart of the matter. He’s pushing and prodding and giving no ground."

When the president leans back in his chair, flashing a broad smile, "he is very persuasive," she said. After he listens to lawmakers’ concerns, he often replies: "There’s no reason to delay."

As a reminder of the blueprint they have settled on, DeParle keeps a Johnson quotation under glass on her desk, just above the keyboard. It reads: "There is but one way for a president to deal with the Congress, and that is continuously, incessantly, and without interruption."

There’s Olympia Snowe, who was invited to the dinner.

Obama has lavished attention on moderate GOP senators such as Olympia J. Snowe (Maine) and Charles E. Grassley (Iowa), who provide the seal of bipartisanship he covets. His message to Snowe, like many others, is that "this is his highest domestic priority, and he wants to get it accomplished and done this year," she said. "I indicated to him it was important to be flexible on the time frame and on trying to draft the substance of legislative policy."

Snowe and Rockefeller praised Obama for his deference to the legislative branch, but both signaled he may soon have to wade into the messier details of the bill.

"At some point, the president’s going to have to play a pivotal role in shaping what happens," Snowe said. "It is crucial."