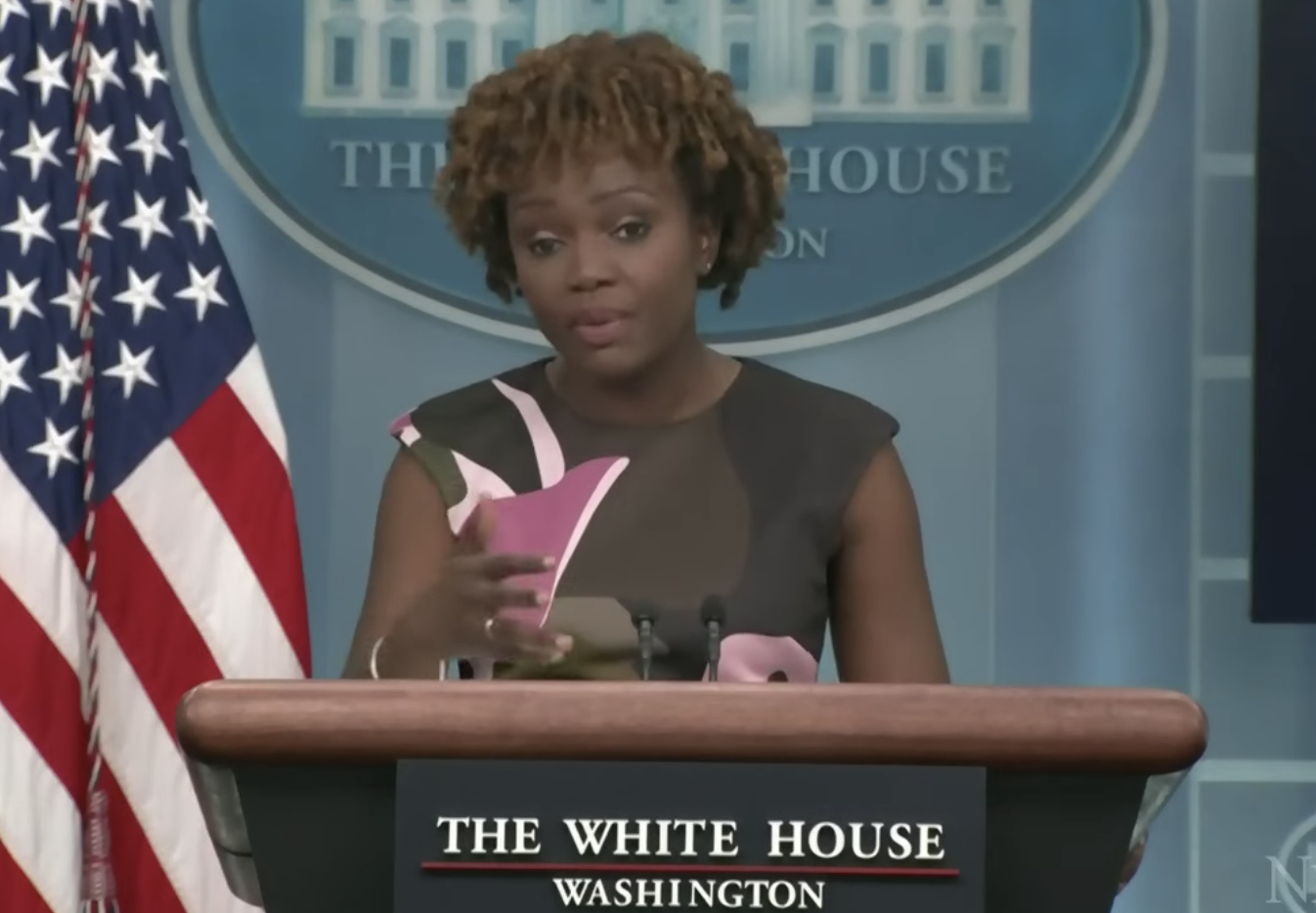 Last December, when the DC Circuit ruled that the Archives should share Donald Trump’s materials relating to January 6 with the January 6 Committee, it emphasized the “rare and formidable alignment of factors supports the disclosure of the documents at issue.”

On this record, a rare and formidable alignment of factors supports the disclosure of the documents at issue. President Biden has made the considered determination that an assertion of executive privilege is not in the best interests of the United States given the January 6th Committee’s compelling need to investigate and remediate an unprecedented and violent attack on Congress itself. Congress has established that the information sought is vital to its legislative interests and the protection of the Capitol and its grounds. And the Political Branches are engaged in an ongoing process of negotiation and accommodation over the document requests.

It likewise pointed to the careful attention (and month-long reviews) the Biden White House gave to each tranche of materials at issue.

Still, when the head of the Executive Branch lays out the type of thoroughgoing analysis provided by President Biden, the scales tilt even more firmly against the contrary views of the former President.

Judge Patricia Millet’s opinion even found that the due consideration Biden exercised was enough to reject Trump’s claim that the Presidential Records Act had given him “unfettered discretion to waive” his own Executive Privilege claim.

Lastly, former President Trump argues that, to the extent the Presidential Records Act is construed to give the incumbent President “unfettered discretion to waive former Presidents’ executive privilege,” it is unconstitutional. Appellant Opening Br. 47. There is nothing “unfettered” about President Biden’s calibrated judgment in this case.

Citing Mazars, the opinion also noted SCOTUS’ deference to information-sharing accommodations between the Political Branches, the Executive and Legislative Branches.

Weighing still more heavily against former President Trump’s claim of privilege is the fact that the judgment of the Political Branches is unified as to these particular documents. President Biden agrees with Congress that its need for the documents at issue is “compelling[,]” and that it has a “sufficient factual predicate” for requesting them. First Remus Ltr., J.A. 107; see also Third Remus Ltr., J.A. 173. As a result, blocking disclosure would derail an ongoing process of accommodation and negotiation between the President and Congress, and instigate an interbranch dispute.

The Supreme Court has emphasized the importance of courts deferring to information-sharing agreements wrestled over and worked out between Congress and the President. See Mazars, 140 S. Ct. at 2029, 2031.

In other words, the request of a coequal branch of government, made with the assent of the incumbent President, presented a very powerful legal case for sharing Trump’s January 6 records with Congress.

When the Supreme Court considered the question, only Ginni Thomas’ spouse disagreed (Brett Kavanaugh did attempt to limit the decision).

The courts may well have come to this same conclusion had Merrick Garland’s DOJ subpoenaed records from the Archives for its own investigation of Donald Trump directly. A “subpoena or other judicial process issued by a court of competent jurisdiction for the purposes of any civil or criminal investigation or proceeding” is one of the three exceptions the Presidential Records Act makes to the parts of the law that restrict access to the materials for a period after the President’s Administration.

But constitutionally, it would have been a very different legal and political question.

Importantly, the only way to obtain a privilege waiver from Biden in that situation would be to violate DOJ’s Contacts Policy that firewalls the White House from ongoing criminal investigations, and so the request would either have lacked that waiver from the incumbent President, or would risk politicizing the DOJ investigation.

The Biden White House’s strict adherence to that Contacts Policy is what allowed Karine Jean-Pierre to make a categorical denial of any advance warning of the search on Trump’s home and to use that as a reaffirmation of the rule of law last week.

All that is the predictable background to the NYT report that, after the January 6 Committee subpoenaed these records, and after the Archives gave both Presidents an opportunity to weigh in, and after the DC Circuit and Supreme Court ruled against Trump’s complaints, DOJ subpoenaed all the same material from the Archives themselves.

Federal prosecutors investigating the role that former President Donald J. Trump and his allies played in the events leading up to the Jan. 6, 2021, attack on the Capitol have issued a grand jury subpoena to the National Archives for all the documents the agency provided to a parallel House select committee inquiry, according to a copy of the subpoena obtained by The New York Times.

The subpoena, issued to the National Archives in May, made a sweeping demand for “all materials, in whatever form” that the archives had given to the Jan. 6 House committee. Those materials included records from the files of Mr. Trump’s top aides, his daily schedule and phone logs and a draft text of the president’s speech that preceded the riot.

While the NYT doesn’t say it, it seems likely that the Archives gave these already privilege-reviewed documents to prosecutor Thomas Windom with nary a squeak, and we’re just learning about it — indeed Trump may have just learned about it, which is where the subpoena probably came from — four months later. We’re just learning about it, importantly, after the FBI seized another 27 boxes of documents that Trump had refused to turn over to the Archives, including records (if you can believe Paul Sperry) pertinent to January 6.

When I predicted this would happen in December, I went out of my way to ask constitutional lawyers if they had another solution to the puzzle of getting Trump’s documents without violating that Contacts Policy, and no one even engaged with a question — how to overcome Executive Privilege — that had been a real problem for Robert Mueller, when he was investigating Donald Trump.

People will wail about the timing of this request and others, including the NYT, will falsely claim this is proof that DOJ is following the January 6 Committee.

Asking the National Archives for any White House documents pertaining to the events surrounding Jan. 6 was one of the first major steps the House panel took in its investigation. And the grand jury subpoena suggests that the Justice Department has not only been following the committee’s lead in pursuing its inquiry, but also that prosecutors believe evidence of a crime may exist in the White House documents the archives turned over to the House panel.

There were covert steps taken before that, including the (admittedly belated) request for call records at least a month earlier.

In addition, Justice Department investigators in April received phone records of key officials and aides in the Trump administration, including his former chief of staff, Mark Meadows, according to two people familiar with the matter.

And we’ve already seen proof that the fake electors investigation, at least, has pursued leads that the Committee had not yet made public before DOJ was including them in subpoenas.

Furthermore, the subpoena was issued before the Committee started its public hearings on June 9.

There are a couple of other notable details about this timing.

First, in addition to coming after the SCOTUS decision, this subpoena came after Mark Meadows and Ivanka made efforts to comply with the Presidential Records Act by providing the Archives copies of official business they conducted on their own email and Signal accounts. It also came after any responsive documents from the 15 boxes of records that Trump did provide to the Archives earlier this year were identified. DOJ made its request at a time when the Archives were more complete than they had been when the Committee started identifying big gaps in the records.

The only thing we know remains missing from those Archives (aside from documents seized last week) is Peter Navarro’s ProtonMail account, which DOJ sued to obtain earlier this month.

The Archives’ request also came after Trump had largely given up the effort to fight individual releases.

As NYT correctly noted, DOJ only issued this subpoena at a time when it was issuing other subpoenas (the fact of, but not the substance, of Brandon Straka’s cooperation had been made public in January, and Ali Alexander’s excuses for his actions at the Capitol had already been debunked in January after Owen Shroyer, who was arrested a year ago, made the very same excuses).

The subpoena was issued to the National Archives around the same time that it became publicly known that the Justice Department was looking beyond the rioters who were present at the Capitol and trying to assess the culpability of people who had helped organize pro-Trump rallies in Washington on Jan. 6. In the spring, for instance, Mr. Windom issued a grand jury subpoena to Ali Alexander, a prominent organizer of “Stop the Steal” events who complied by submitting records to prosecutors and testifying before the grand jury.

We don’t know what steps DOJ took before May (aside from those that have shown in cases like Straka’s). We do know that at that point, DOJ started taking overt steps that would build on previous covert ones. We also know that we keep learning about steps that DOJ took months ago, when people were wailing that they would know if DOJ had taken such steps.

I can’t prove that this was always the plan from the time, 375 days ago, when I first observed how DOJ was getting privilege waivers from Biden without violating their new Contacts Policy. I can’t prove it was the plan when I wrote an entire post in December about the puzzle of Executive Privilege waivers. I had no idea that DOJ was issuing that subpoena when I stated that it was probably doing so in May, the month it occurred.

We should assume the same kind of [synthesis with a Congressional investigation as happened with Mueller] is happening here. All the more so given the really delicate privilege issues raised by this investigation, including Executive, Attorney-Client, and Speech and Debate. When all is said and done, I believe we will learn that Merrick Garland set things up in July such that the January 6 Committee could go pursue Trump documents at the Archives as a co-equal branch of government bolstered by Biden waivers that don’t require any visibility into DOJ’s investigation. Privilege reviews covering Rudy Giuliani, Sidney Powell, and John Eastman’s communications are also being done. That is, this time around, DOJ seems to have solved a problem that Mueller struggled with. And they did so with the unsolicited help of the January 6 Committee.

What I can say with no doubt, though, is that Merrick Garland’s DOJ solved one of the most challenging constitutional problems facing an investigation of a former President. And it solved that problem months ago.

And no one knew about it.